Written by divine ifeonyemetalu on January 31, 2019 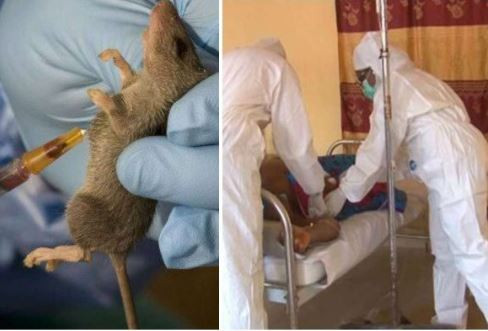 Sources at the Federal Medical Center, FMC, Owo, revealed that the state government is struggling to curb the spread of the disease. A medical practitioner at the health facility revealed that the situation is almost beyond control adding that they have run out of space at the isolation ward where these patients are being treated.

Pleading anonymity, the source also revealed how a Lassa Fever patient “mysteriously” disappeared from the hospital.

She blamed the incident on the negligence of some of her colleagues.

“What we currently facing, is quite beyond what anyone would ever imagine. Almost all the patients in the isolation ward are those that have contracted Lassa fever and most of the reported cases are from the border communities within Ose Local Government area of the state.

The Nation reports that the State Commissioner Of Health, Dr Wahab Adegbenro, insisted on the fact it would take the combined effort of stakeholders to fight the disease as the state would be unable to handle the situation on its own. He revealed that it cost about N1.2m to treat one Lassa patient, which was far too high for the state to afford considering the number of people infected.

SECRETS BEHIND THE SACRED DESK

This is a broadcasting firm with high level of professionalism in disseminating first class information to the general public.
Discover more